Mike likes to say, 'I'm not your cliché yogi!"
By
info@anchorhere.ca 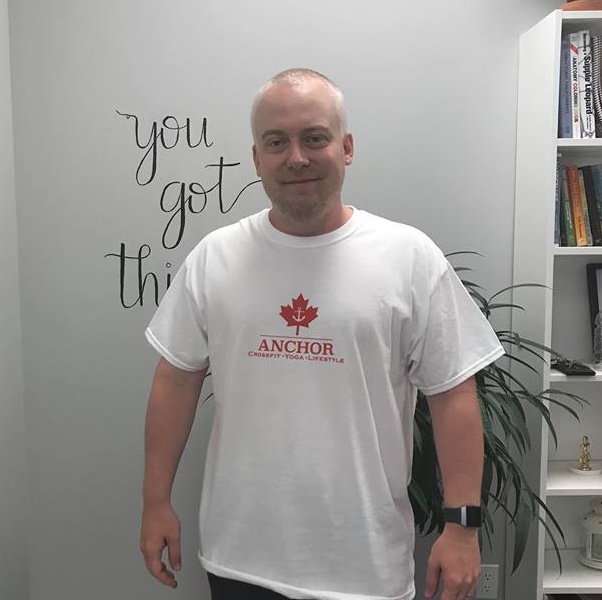 "I get that as a 37 year old guy, at 215lbs I’m not really the demographic you think of while picturing your average yoga student.  Don’t worry though, my chins and I forgive you.  Oh, I understand what you’re thinking right now because it’s what I was thinking about 4 years ago.  Yoga is stretching; it’s not working out, let me go lift some weights, do some pull-ups and my wife is the one who does “tree” pose.  How much could you possibly sweat standing still?  That changed the first time I had a yoga lesson because it kicked my ass.  It still does every week, but it’s amazing how physically strong I feel after it now.

In my early 30’s I was playing hockey 3 times a week and although I never had great knees to start with (thanks for the genetics dad) hockey is way easier on them than running.  I remember the play that finally did them in though.  My d-partner had pinched too far and I didn’t cover him properly letting a winger get past us.  As a defensemen this is the worst feeling because you know it’s your fault and your goalie is gonna let you have it after the game.  I skated as hard as I could, got the puck off the attacker and then caught an edge.  At full speed I went into the backboards feet first and as soon as I stood up I knew something was wrong.  Bone marrow edema, 2 torn meniscus, and both ACLS sprained.   No hockey, gaining 20lbs and 9 months of physio later it was time to get back into shape.

I was introduced to Yoga on my 4th day of p90x and at first I had no understanding of why it was there, or what I was getting myself into.  I’ll be honest, I hated it… like really dreaded doing that routine.  Week after week though it started opening my eyes to the benefits.  I’m not talking about reorganizing my chakra, finding inner peace or trying to perfect my Om… I was legitimately beginning to see physical improvements that I hadn’t expected.  The eccentric movements and isometric poses in it were a perfect offset to the concentric contractions that most workouts include.  More importantly to me though was that it makes you incredibly cognizant of every moving part of your body.  My reaction time, balance and flexibility all saw amazing improvements and this translated to much better performance once I got back onto the ice.  The problem with a DVD routine though is repetition and stagnation, and that’s where ANCHOR came into play.

I first met Alli and Jordan while I was campaigning last year, and we got into a great discussion about the health benefits above.  Anchor was a dream about to come into reality at that point, but they knew yoga was going to be a big portion of what they offered.  I was excited to say the least.  Being in Simcoe Landing meant this studio was literally only going to be a few minutes away and I’d easily be able to find a class that suited my schedule.  I run my own business and once again I’m in campaign mode to represent ward 1 on Georgina council, so free-time is a bit limited but yoga on Saturday mornings is one of those things I know I need to keep at.  It’s also one of those things that I know I can fit in, and the team there is incredibly supportive.   Yoga at Anchor lets me do a full body workout without fear of re-injury and puts me in a fantastic mood before a full day of canvassing.

I’d like to finish this off with a challenge.  To anyone who goes to ANCHOR for the CrossFit/Metcon… step up and try the yoga there at least once.  For anyone who hasn’t been to Anchor before, come on in.  It’s a friendly, energetic and healthy environment for people of all walks of life." 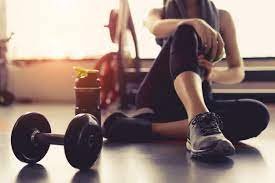 3 Exercise Variations to Include in your Routine! 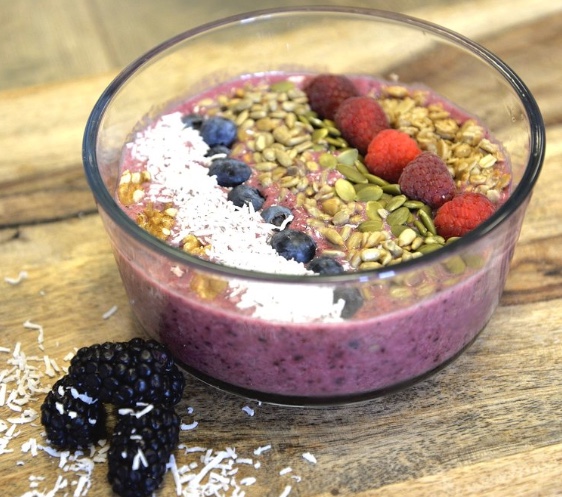 To be the most successful with your nutrition goals, you need to be in the know. 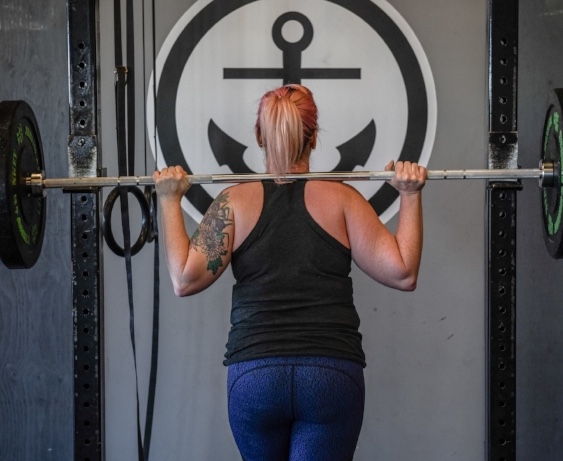 I spent the weekend at a #crossfit course.